Johannes Veerman’s rise through the golfing ranks continues to gather momentum. Now, with a maiden European Tour victory under his belt, and as he continues to play some of his best golf, the top of the world rankings surely beckons for this smart and affable Texan.

The 29-year-old’s journey to the professional game started when he picked up a golf club at the tender age of nine. As a child, he would dream of playing on the European Tour, and though he later harboured ambitions of becoming a doctor he eventually turned professional in 2015, his family playing an everlasting support role in his rise through the sport.

Veerman went from strength to strength in 2016, climbing 1,403 places through the world rankings. A victory at the Taifong Open on the Asian Development Tour signalled his potential before T6 and T2 finishes at the Mercuries Taiwan Masters and Indonesian Open respectively propelled him into the top 350 by the end of the year.

Veerman became a regular feature on the Asia Tour and, after settling into a more competitive field, he secured a second-placed finish at the 2017 Yeangder Tournament Players Championship after finishing one stroke behind Ajeetesh Sandhu.

A T2 finish in the Queen’s Cup in Thailand was Veerman’s highlight of 2018, before he began transitioning onto the European Tour after qualifying in dramatic fashion. From 144th place in the final stages of Qualifying School, he finished with two rounds of 67 and two of 66 to tie for 13th place.

The son of the lonestar state has since proved his calibre. A T4 finish at the Aphrodite Cyprus Hills Showdown in 2020 was followed by a sequence of huge milestones in the summer of 2021.

In June, he was invited to play in the 121st US Open Championship. It was his first appearance on the major tour and, though he missed the cut, he responded by taking his game to new heights with some of the best performances of his career.

First, he finished third at the Dubai Duty Free Irish Open in July, before tying in eighth place at the Aberdeen Scottish Open seven days later, elevating him into the top 200 for the first time in his career.

He then tied T46th at the 149th Open at Royal St George’s before, in August, he claimed his first victory on the European Tour with a dramatic last-day round at the D+D Real Czech Masters. He shot a last-day 68, overturning a two-shot deficit with a round including six birdies, to finish two clear of Sean Crocker and Tapio Pulkkanen. 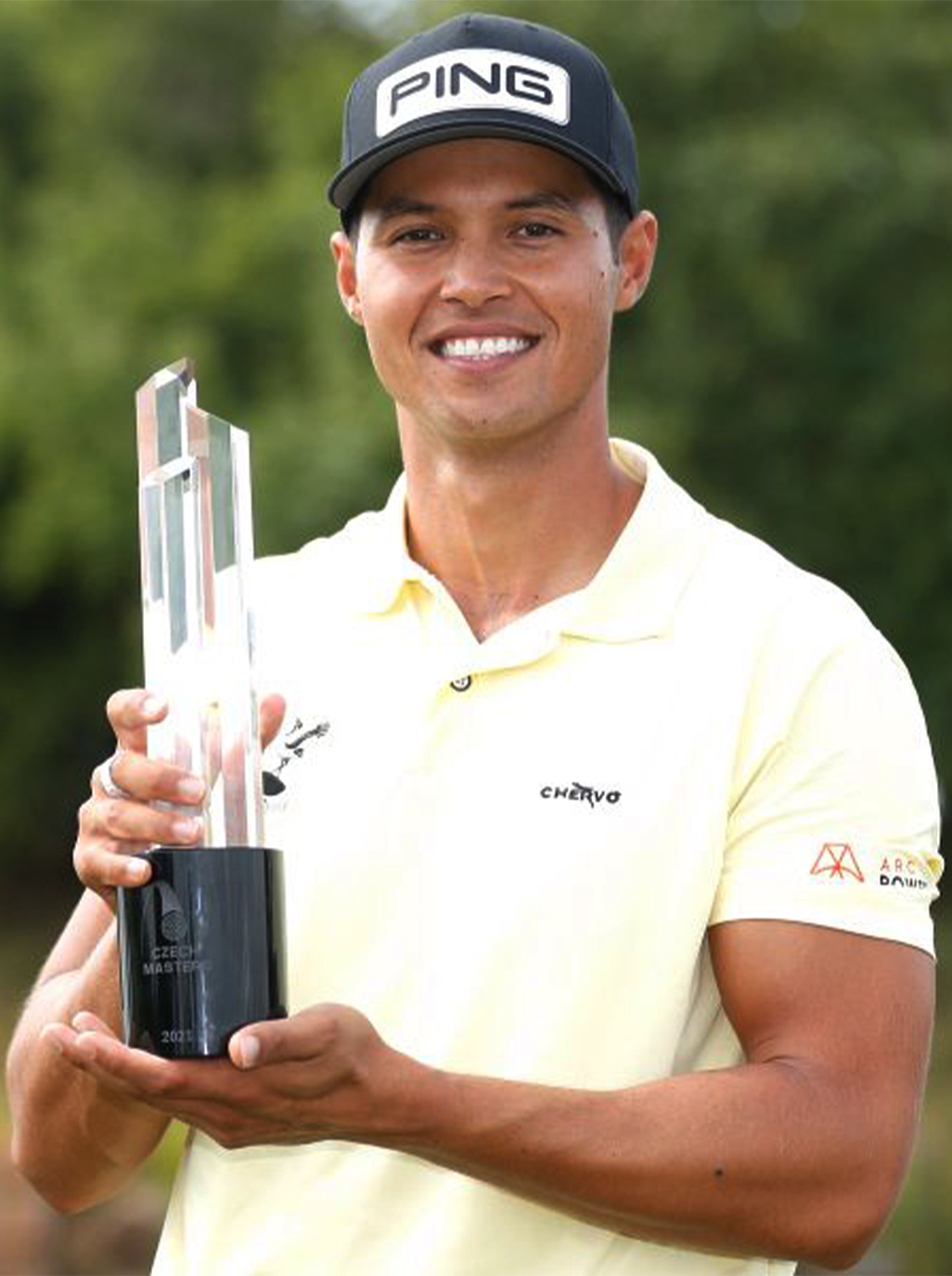