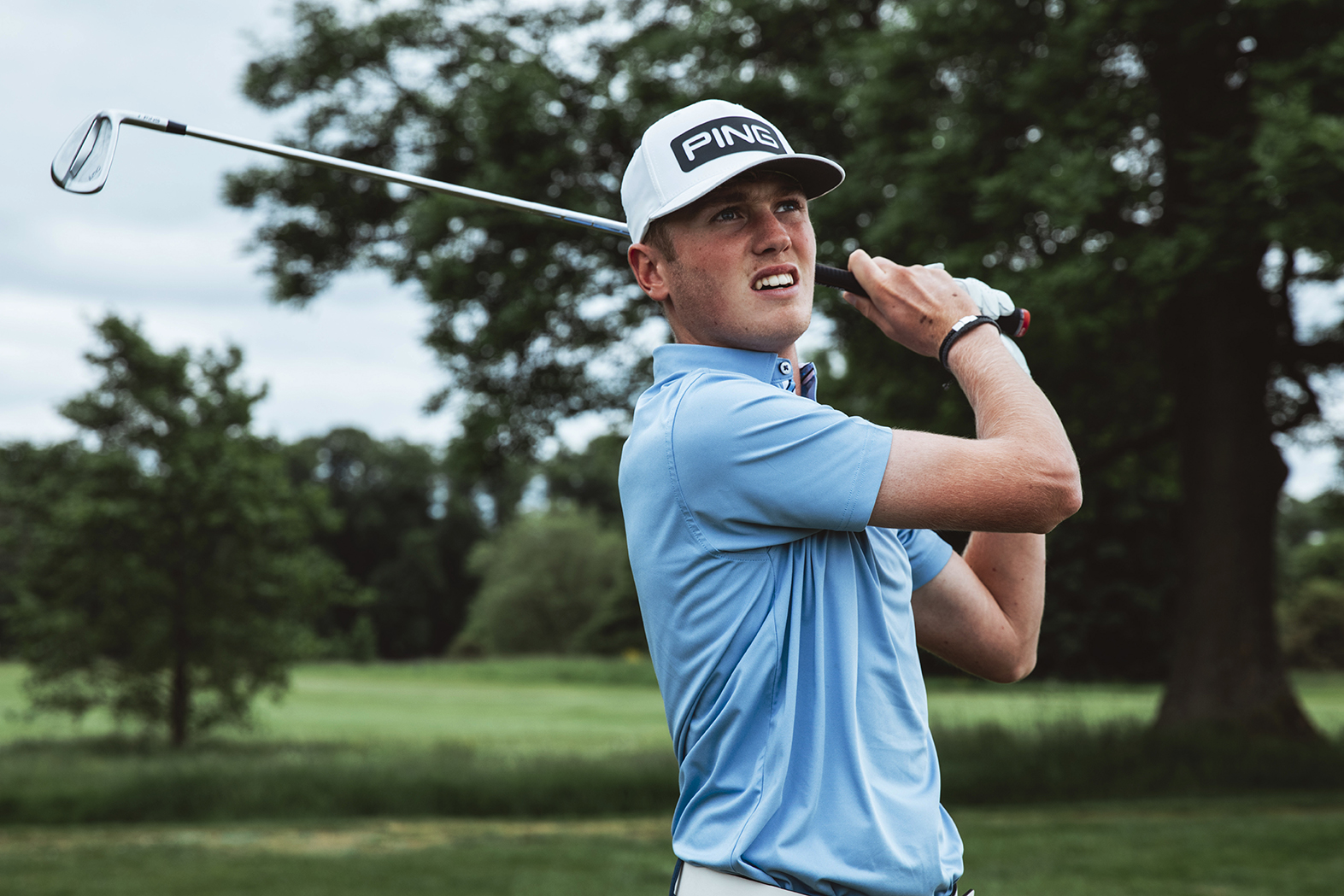 Record-breaking young British golfer, Ben Schmidt, has chosen White Rose Sports Management, to represent his on and off course interests as he embarks on his professional career.

Schmidt turned pro last month after competing in the 48th Walker Cup at Seminole Golf Club, Florida, where he was the youngest member of the Great Britain and Ireland squad at just 18 years of age.

The highly-rated youngster from Rotherham Golf Club, made his first professional start in a Challenge Tour event last month, registering an impressive tied 12th finish at the Irish Challenge at Portmarnock Links.

Ben turned pro after a stellar amateur career that saw him become just the fourth golfer in history to win both the English Men’s Open Amateur Stroke Play (Brabazon Trophy) and the English Boys’ Under 18 Open Amateur Stroke Play (Carris Trophy) in the same calendar year. Aged just 16 at the time, Ben became the youngest of the four dual winners to achieve the feat, surpassing a 44-year-old record previously held by two-time major champion, Sandy Lyle.

Following his record-breaking success in England, Ben’s outstanding amateur pedigree was reinforced in November 2019 when he finished 15 shots clear of the field in the Justin Rose Junior Golf Championship held at the prestigious Quinta Do Lago resort in Portugal. By winning amateur golf’s unofficial major, Ben reached a career-high amateur golf world ranking of #6. 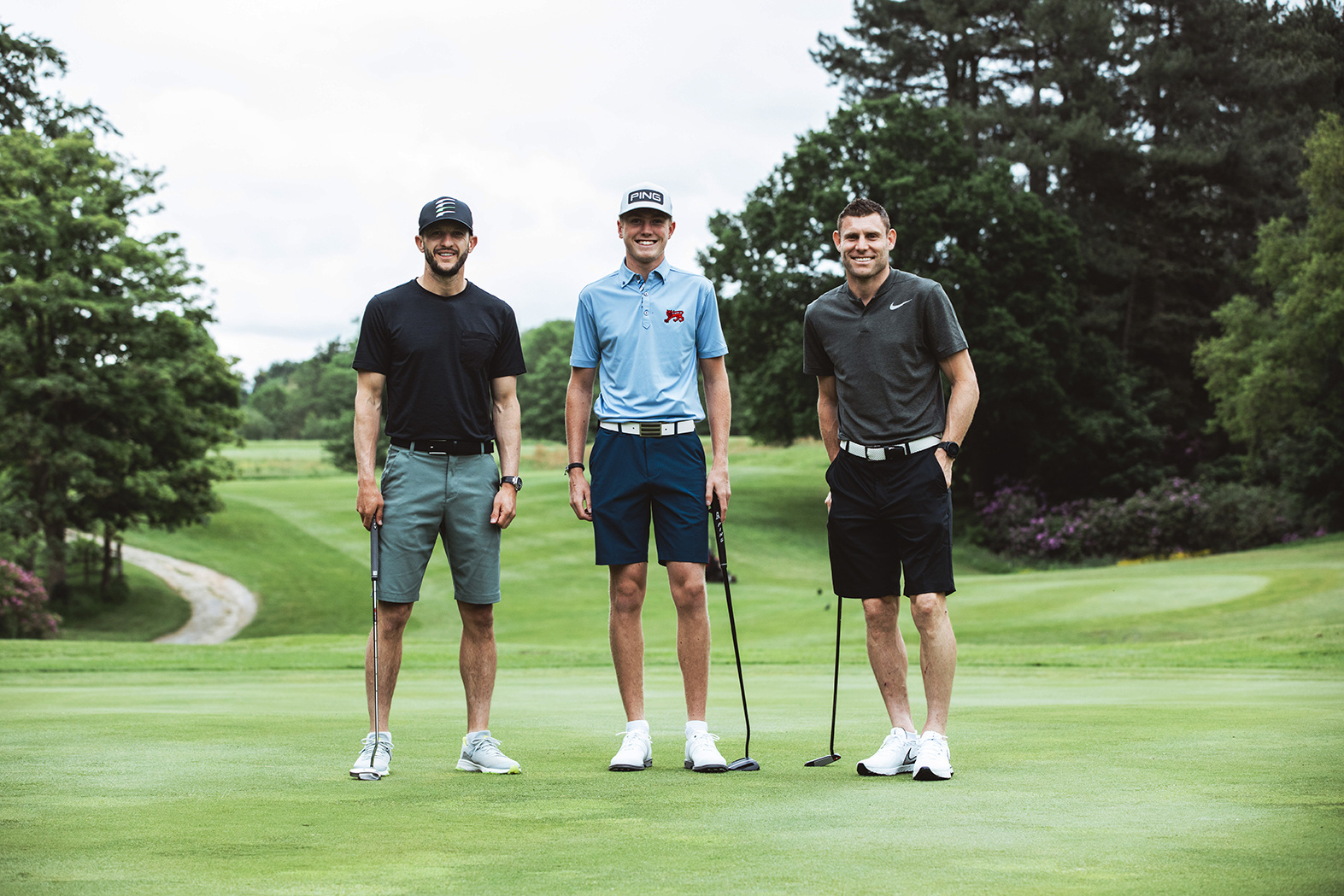 Commenting on his decision to team-up with White Rose Sports Management, Schmidt said: “My long-term goal is to maximise my potential and I strongly believe White Rose is best placed to support me, on and off the course, so I’m thrilled to join the team. I've huge respect for James and Adam personally for all they have achieved in their careers and they are the perfect role models for any young professional. I am 100 percent committed to their approach and focus on performance, attitude and application to get the  best from my ability and build a successful career in the sport.

“It’s been an exciting few weeks since playing the Walker Cup and then officially turning pro, but the hard work has only just begun. I’ve always said that turning pro is one thing, competing on the European Tour and in major championships is another. I look forward to the challenges ahead”,  Schmidt added.

White Rose Sports Management was established in 2015 by James Milner - Milner, 35 an avid golfer with a 7.4 handicap, is the only active player with over 500 Premier League appearances and a three-time league champion. Milner has won every major trophy at club level with Liverpool and Manchester City and amassed 61 senior England caps to go with a record 46 appearances at under-21 level.

James Milner, Co-Founder of White Rose Sports Management, commented: “Myself and the whole team at White Rose Sports Management are thrilled that Ben has chosen to commit his future to us. He is a massive talent who has shown his pedigree as an amateur and we will now help him make the transition to the professional game and give him all the support, guidance and advice he needs, on and off the course. Ben is a really exciting signing for White Rose and a sign of things to come as we look to establish ourselves and add to our talented roster of players.”

White Rose Sports Management’s approach is rooted in performance, attitude and application, with a belief that all talented athletes can achieve and maintain success with the right mindset and performance focused management team.

The agency has a dedicated team of experts with extensive experience, knowledge and exposure to what it takes to maintain a successful career in sport, and specifically golf. This includes Dr. Stephen McGregor who has previously worked with two former world number ones in Rory McIlroy and Lee Westwood, plus a host of professional sports teams, including Manchester City, Leeds United, Aston Villa and the New York Knicks.

In 2020, Adam Lallana, a close friend and former teammate of Milner’s at Liverpool became a Director at White Rose adding his extensive experience of elite level sport to the agency. A keen golfer, Lallana who plays for Brighton & Hove Albion, made his professional debut at Southampton as an 18-year-old. He joined Liverpool in 2014 and went on to win the Premier League, UEFA Champions League, UEFA Super Cup and FIFA Club World Cup during a successful six-year stay on Merseyside.

Schmdt joins a roster at White Rose that includes American Johannes Veerman, who will compete in his first major at next week’s U.S. Open; Spaniard Pep Angles who graduated to the European Tour via the Challenge Tour in 2016; Italy’s Stefano Mazzoli, a two-time winner on The Alps TOUR; and Liverpool-born PGA EuroPro Tour player, Oliver Clarke.